Morais Dicks was born on November 17th, 1969 in Victoria Jubilee Hospital in Kingston Jamaica. He is the oldest of 11 siblings.

Who is Morais Dicks?

From an early age, Morais had an entrepreneurial blueprint instilled in him, starting his first retail business, buying candy at wholesale prices and resale at double the price to the neighboring kids at the age of 12. His father also an entrepreneur owned an engineering company where his mother worked and helped managed. As a child growing up, Morais Dicks always loved new challenges. While in Jamaica, he attended Maverly All Age, which he then graduated and moved to Meadowbrook High School. Throughout this period, he developed a unique skill in survivorship and unmatched skill in communicating with others.

Morais Dicks migrated to Miami, Florida in 1986, where he would face challenges in adjusting to the new culture, which he was able to embraced and overcome. In December 1992, he moved to New York to pursue a career in the medical field. Upon arrival, Morais attended the New York Institution of Technology to be an x-ray technician. During that time, he continued to work alongside his father, a lifelong entrepreneur. Morais always wanted any career choice he entered to be done on his terms. While his peers aimed towards securing good hospital jobs, his thoughts were to own and operate his own mobile health stations. 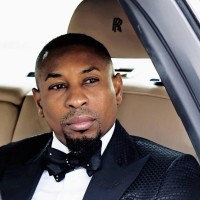 Morais Dicks is dedicated to assisting others to push their mind in thinking outside the box, and exceeding the limits through their accomplishments. His favorite quote “Experience taught is better than experience bought". A man’s worth is no greater than the worth of his ambitions, and Morais Dicks has immeasurable ambition & the drive for continuous growth.

Get in Touch: Morais Dicks

REAL ESTATE INVESTMENT DEVELOPMENT Welcome to Progressive Global Network: a privately held real estate investment and advisory firm. The firm specializes in the investment of distressed properties and develops real estate for its own account, joint ventures with others, provides strategic advice to distressed homeowners and investors alike.